The insolent utterly deride me,
but I do not turn away from your law (Psalm 119:51). 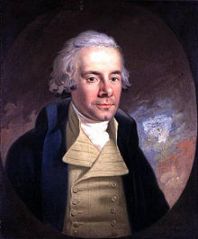 The primary human behind the abolition of the slave trade in England, William Wilberforce, memorized Psalm 119 (see Seven Men: And the Secret of Their Greatness

, p. 48 by Eric Metaxas).  Since I can’t do that, I’ve decided to blog through the 176 verses of this the longest chapter of the Bible all of which are devoted to the psalmist’s obsession with the word of God.

For awhile I was doing one verse each week, but then health problems derailed me in the fall of 2012, and I skipped a few months.  I’m slowly getting back to it.  I’m now in the third verse of the seventh section (I’ve finished only 29%), the Zayin section where each of the 8 verses begin with the Hebrew letter Zayin.  Good English Bibles will show you where the 176 verses are divided into 22 groups of 8, and give you the Hebrew letter title for each section.

Getting back to our story, the psalmist is being derided, mocked and taunted by the insolent, arrogant and proud.  Why?  The psalmist doesn’t tell us, but it seems connected to the psalmist’s love for God’s law.  Despite the derision, the psalmist refuses to turn away from God’s law, suggesting that their abuse could have led the psalmist to reject or abandon it.

There are a lot of reasons why people today might be derided as they cling to God’s commands.  Wilberforce was derided by the people of his day because he threatened the status quo by advocating that the slave trade be eliminated.  Since all people were made in God’s image (Gen. 1:27-28), he believed they were all equally worthy of respect.  I would imagine that his love for Psalm 119 would have encouraged him to stand firm in the face of opposition, specifically as he realized from verses like 51 that the psalmist also experienced persecution.

) fight against global slave trade because of values they find in God’s word.  In the face of opposition, they, like the psalmist, do not turn from God’s law.

Who do you know that is being derided for their adherence to God’s law? 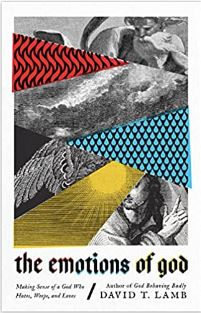