I have two teenage sons, so on opening night we needed to see Pirates of the Carribbean 4: On Stranger Tides.  While the film was better than Pirates 3 (not really saying much, as cool as Johnny Depp is, it would be difficult for any film to survive a 15-minute nasal close-up), it wasn’t nearly as good as Pirates 1 or even Pirates 2.

The most interesting aspect of the film however, was the character Philip Swift (played by Sam Calflin) a Christian missionary, who has been captured by the pirates.  Without spoiling the film, I can say that Swift’s character is portrayed in a surprisingly positive manner, particularly given the fact that he’s not just a Christian, but a missionary.

Is Hollywood going soft on Christianity?

On this topic, I must mention my favorite Hitchcock film, I Confess (1953), starring Montgomery Cliff as Father Michael Logan, a Catholic priest.  Logan hears a confession early in the film, and as the story progresses is torn whether or not to divulge details from the confessional to protect innocent people, including himself.  In several respects, the film portrays Father Logan acting like Christ (that’s positively, in case you weren’t sure). 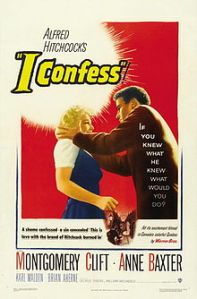 What films can you think of where Hollywood portrays Christian ministers particularly positively or negatively?