Yesterday’s Sunday’s Doonesbury strip (July 10, 2011) would have been perfect for God Behaving Badly (perhaps it will go into the next book?). 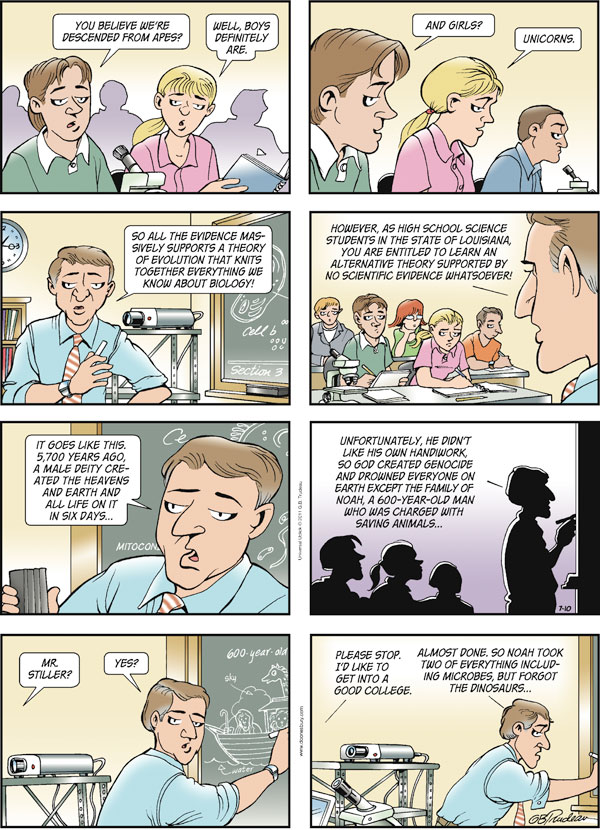 I think the earth is old (much older than 6000-10,000 years) and I come from a family of scientists (my dad is a gamma-ray astrophysicist), so I don’t see what the conflict is between science and Genesis.  Genesis 1-2 is primarily addressing the questions of who and why, not what and how.  Genesis isn’t attempting to teach science, but theology.

Two recent books to recommend on this subject: John Walton’s The Lost World of Genesis I: Ancient Cosmology and the Origins Debate (IVP, 2009) and Richard Carlson and Tremper Longman III’s Science, Creation and the Bible: Reconciling Rival Theories of Origins (IVP, 2010).

There’s almost too much to talk about here, creation versus evolution, divinely mandated genocide, church and state.

What do you think of Doonesbury’s strip?