Hurricane Sandy is blustering outside as I write this.  Yesterday, my reflux and other things made me feel miserable (a 7-up worked magic for me, not sure why, so after a bad afternoon, the evening was great).  I’m still feeling good today, so even though my seminary (Biblical) is closed for the hurricane, I’m at my office working on syllabi and a Psalm 119 blog.

In the previous verse, the psalmist declares that he will speak of God’s laws before kings.  The ESV’s “For” at the beginning of this verse might suggest a strong connection linking verses 46 and 47 (typically a ki in the Hebrew), but since the Hebrew word behind the “For” at the beginning is just a simple conjunction (yes, you guessed it, a Vav since this is the Vav section of Psalm 119), which can be translated as “And” (NAS) or even left untranslated (NRSV), I won’t make a big deal about how the two verses are connected. 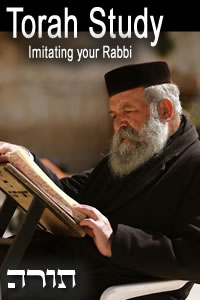 Makes you want to read your Bible, huh?

Now, you may well ask, how does one delight and love the law?  Great question.  One book of the Law (the first five books of the Bible) people have difficulty loving is Numbers.  The title doesn’t really capture most of us.  But I’ve been loving Numbers lately.  The book has spoken to me as I’ve been struggling with health issues (damaged vocal cords, stomach reflux, feeling lousy, a colonoscopy, an endoscopy, two mole removals on my shin).

Just found out power went out at home, gotta run!

God, deepen our delight in your law, even the book of Numbers.

I will also speak of your testimonies before kings
and shall not be put to shame (Psalm 119:46).

I’m hoping a few of you readers are kings.  Then I could be like the psalmist, speaking before kings about God’s laws.  I know a guy named Andrew King, and while he’s a great guy, he’s no monarch. But I don’t think that’s what the psalmist was talking about (he probably wasn’t thinking about Burger Kings either). 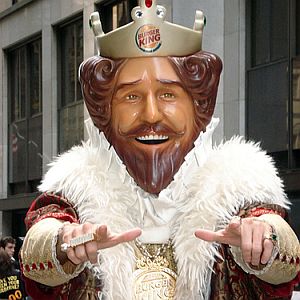 The psalmist was speaking about real kings.  Although back in the Old Testament times a “king” might only rule over a few thousand people.  In Genesis 14, there’s a battle between a coalition of four kings and a coalition of five kings, where it seems like a king is basically a ruler of a city, more like a mayor, but probably not democratically elected.

It would still take courage for anyone to speak before king about God’s testimonies.  What gives the psalmist confidence to do something so bold?  He knows that he won’t be embarrassed.

Where does the psalmist’s confidence come from?  It is difficult to say conclusively, but from what we’ve seen in the psalm, it’s from a lifelong relationship with God, and a complete commitment to live God’s word and sing the praises of God’s laws.

Yesterday in our Sunday school class, my wife Shannon led a discussion of a section of the Sermon on the Mount, where Jesus says he came not to abolish the law, but to fulfill it (Matt. 5:17-20).  I was struck by how much Jesus loved, supported and taught God’s law.  According to Jesus own words, those that do the law and teach others to do so will be called great in the Kingdom of Heaven.  I guess that makes both Jesus and the psalmist great.

God, make us great as we follow the examples of Jesus and the psalmist to speak of your law and to follow it.

Walking in a wide place–what does that mean?  And why is it a good thing?

Other translations have “liberty” (NAS, NRSV) or “freedom” (NIV), but the ESV’s “wide place” is literally what the word rahab means.  (Yes, rahab is also the name of perhaps the most famous biblical prostitute.  If you’re not familiar with her story, read Joshua chapters 2 and 6.)

I like that the ESV went with the literal translation, which may be a little harder to understand.  But instead of the translators telling us their interpretation, we get to figure it out for ourselves.

It’s like the difference between baby food and adult food.  Baby food is already mashed up to make it easier for young humans without teeth to consume.  Most of us with teeth like to chew our food.  The food ends up in the same place either way.

Translations that try to fix all the potentially confusing problems in the text are a little bit like baby food.  The more literal ones, like adult food.  It takes more work to understand, but like chewing adult food, the work is worth it.

Now, I’m going to chew your food for you (perhaps, it’s time to say goodbye to this image?).  Walking in a wide place should remind Israel’s readers of God’s promise to Moses before he had even delivered them from Egyptian oppression.

To describe the Promised Land, God uses the same word, rahab, here in Psalm 119:45 and in Exodus: “I have come down to deliver them out of the hand of the Egyptians and to bring them up out of that land to a good and broad (rahab) land, a land flowing with milk and honey” (Exo. 3:8).  So, “wide places” in Psalm 119:45 is code for God’s promise of a land flowing with milk and honey.

The psalmist sees a connection between seeking God’s commands and the promises that God gives to his people for faithfulness.

God, let us live in “wide places” as we follow your commands.

This image is the first up on Google Images under “wide places” (http://www.osholeela.co.uk/index.php?content=fr_li).

Do you like to complain?  So did the psalmist.  Check out my latest blog for the Biblical Seminary:

God Likes It When We Complain (Psalm 13).

Since I wrote this, I’ve been complaining a lot.  I’ve been struggling with vocal cord damage and reflux and as I do more things, it seems to just get worse.  I’ve been letting God know that I’m in pain and don’t like it, but I still believe he’s sovereign.

I’m slowing moving towards a place of hope.