Everyone is in favor of limiting weapons at some level.  WMD, chemicals, nukes, handguns?  Because of what I read in the Bible, I’m in favor of going a bit further than most.  I think its bad to kill people however you do it.  I think Jesus would agree. 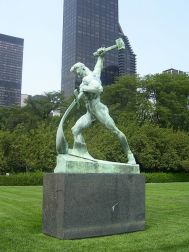 Planes were used by al Qaeda 12 years ago today to kill about 3 thousand.  Hopefully, never again.

Chemical weapons were used by Syria against its own people a few weeks ago to kill over a thousand.  Hopefully never again.

Two nuclear bombs were used  by the US sixty-eight years ago to kills hundreds of thousands.  Hopefully never again.

Guns have been used in the US to kill about 30,000 people every year including a three-year old at Yellowstone a few days ago.  Hopefully never again (yeah, right).

As a totally pro-life Christian, I will pray that the reasonable people and nations of the world would make it illegal to use WMD, sarin gas, nukes and yes, even guns.

They shall beat their swords into plowshares, and their spears into pruning hooks (Isaiah 2:4; Joel 3:10; Micah 4:3).