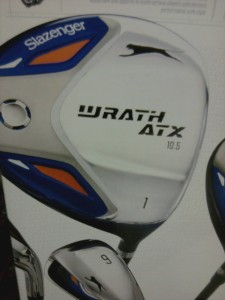 About six months ago, IVP asked me to write an article on “Wrath” for their upcoming Dictionary of the Old Testament Prophetic Books (I wrote on “Jehu Dynasty” for IVP’s Dictionary of the OT Historical Books).  You may ask, “Why Dave for wrath?”  (My family thinks I’m the obvious choice.)

I’d like to think that I was selected for “Wrath” (does that make me a vessel of wrath?) because I wrote about God’s anger in God Behaving Badly (ch. 2–“Is God angry or loving?”), not due to something they knew about my temperament.

Shortly after IVP asked me to write on wrath, another friend (Heath Thomas) invited me to contribute an article to a volume he was helping put together on holy warfare in ancient Israel (I think their 1st choice fell through).  Since I was already writing on wrath, I decided to focus on two motivations for holy warfare: wrath and compassion.

Since I was starting to get a reputation for being the wrath of God guy, when the chance came to speak at my church I spoke on God’s wrath (based on ch. 2).  An another opportunity to preach came a few weeks later, so what did I chose?  Divine wrath, of course.

While at the InterVarsity regional conference (Shannon’s on staff with IV), I went golfing with a few friends last Thurs.  So the same day Tiger Woods shot a 77 at the PGA, I shot a 65 (although, I only played 9 holes).  One of my friends was looking at my clubs, and he says, “What’s this?  It says ‘WRATH’ on your golf club.”  I took the photo on the left.  (If you don’t believe me check out this link.)

So, what does it say on the bottom of your golf clubs?  “MERCY”?